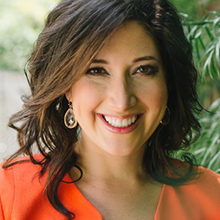 Randi Zuckerberg is a New York Times Bestselling Author, the founder and CEO of Zuckerberg Media, a media and production company, and Editor in Chief of Dot Complicated, an online community helping us navigate and “untangle” our wired, wonderful lives.

As an early executive at Facebook, Randi created and ran the social media pioneer’s marketing programs. She led the company’s U.S. election and international politics strategy and created Facebook’s live streaming initiatives during the 2008 Presidential Inauguration. Randi was nominated for an Emmy Award in 2011 for her innovative coverage of the 2010 mid term elections that integrated online and TV coverage in unique formats.

Since starting Zuckerberg Media, Randi has produced shows and digital content for PayPal, the Clinton Global Initiative, Cirque du Soleil, the United Nations, Bravo and Conde Nast, with many other projects in the works. Randi made her Broadway debut in March 2014, guest starring as Regina in the hit musical Rock of Ages.

Randi appears regularly on NBC the TODAY show, Katie, and CNBC, and has also been seen on CNN, Good Morning America, Fox Business, Bloomberg News, and ABC’s World News. She was also a correspondent for the 2011 Golden Globe Awards and the World Economic Forum in Davos. Randi was recently appointed to the United Nations Global Entrepreneurs Council and the World Economic Forum’s Global Council on Social Media.

Randi holds a bachelorâ€™s degree in psychology from Harvard University and resides in New York with her husband Brent Tworetzky and their sons Asher and Simi.