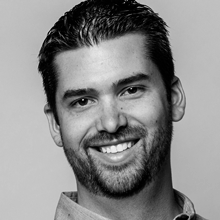 Eric White is the co-founder and CEO of Miku, a technology company empowering people to live better through higher awareness. He began his career working on advanced military research programs for the Department of Defense and firms such as ITT, L3 and Picatinny. In this time, Eric helped to develop technologies that kept soldiers safe in combat. In 2013, he founded EGW Technologies, a multi-million dollar R&D engineering firm, where he received several NSF Research Grants for his work leading hardware and software collaborations with market titans including Microsoft, Twitter and Facebook.

In 2018, Eric co-founded Miku. As a first time father, he was in search of a monitor that met his needs. By applying his work in sensory processing and machine learning, he invented a monitor to keep his baby safe and help him stay informed. Miku will officially launch on January 8, 2019.